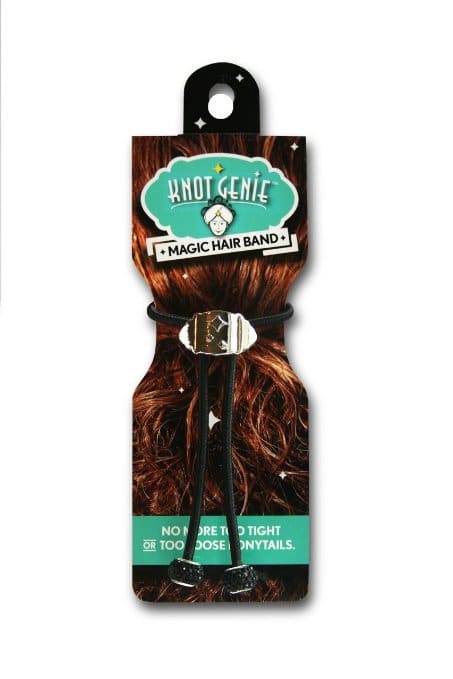 Eliminate ponytails that are too tight or too loose with the new Magic Hair Band from Knot Genie!  Any woman who wears a ponytail would LOVE getting this as a gift for Christmas.

The Magic Hair Band comes from the creators of the Knot Genie detangling brush that changed the landscape of hair care. Featured on the “Today Show” and “Good Morning America,” as well as in Parents Magazine, Daily Candy, the Huffington Post and more, the original Knot Genie became a phenomenon when parents discovered this highly effective knot removal brush eliminated daily hair-brushing fights with their kids.

The next step in the Knot Genie’s battle for pain-free, hassle-free hairstyles is the all-important ponytail. The Magic Hair Band tackles the too-tight or too-loose ponytail challenge with a unique design that easily slides into place, creating gentle, crease-free ponytails.

Stylish beads on the end of each Magic Hair Band offer a bit of bling. And, you can twist the elastic around the wrist into a fun fashion statement when not in use.